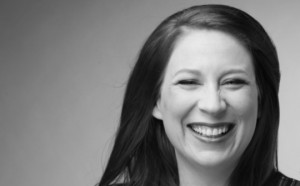 Siri Kolu (b. 1972 in Kouvola) is best known for her series of children’s books about the Robbersons, a family of bandits who kidnap a girl called Maisie and take her on some unusual adventures during the summer holidays. The Robbersons don’t really care about speed limits. They love to eat sweets and go swimming in lakes. The series has won several awards and has been translated into more than 15 languages.

Siri Kolu has also written books for YA and adult readers: Metsänpimeä (‘The Dark of the Forest’) is a suspense-filled novel about a group of teenagers who are into Finnish forest myths. In Pelko ihmisessä (‘The Terror Inside’) the main character becomes infected with ‘T flu’ and is quarantined from human society.

Siri Kolu studied literature and drama in Helsinki. She has worked as a dramaturge, director and lecturer in Theatre Studies. In 2013 she was elected as Chair of the Finnish National Council for Literature. She lives in Vantaa, near Helsinki.