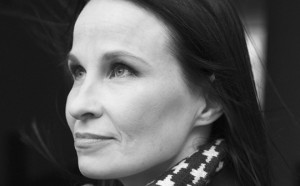 The children’s and YA books by Seita Vuorela (née Seita Parkkola, b. 1971) often feature magical elements and a hint of melancholy. An unfortunate event overshadows the summer vacation of brothers Mitya and Vladimir in Karikko (‘The Reef’): Mitya’s best friend died in an accident. Mitya befriends some boys who have set up camp on the beach, and then ends up in in a world filled with mystery and magic. Viima (‘Breeze’) is the story of Viima, a 12-year-old who is always getting himself into difficulties. His stepmother regards these episodes as a constant irritation, so she sends Viima to the ‘School of Opportunities’, a place run according to strict rules. There he meets India. Together they plan to put up resistance to the harsh regime.

Seita Vuorela studied literature, philosophy and women’s studies at the University of Turku and worked as a journalist and photographer. She also teaches creative writing, mainly for children, and lives in Turku.