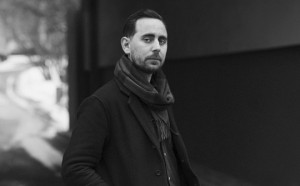 Philip Teir (b. 1980 in Jakobstad/Pietarsaari) debuted in 2013 with Vinterkriget. En äktenskapsroman (‘Winter War. A Novel about a Marriage’). This brilliantly written, psychologically astute book is a novel of social mores about a cosmopolitan middle-class family in search of the meaning of life. It deals with the themes of marriage, relationships and family life. Teir was praised particularly for his portrayal of the male protagonists and the way he uses them to raise questions about contemporary masculinity.

After studying philosophy and Scandinavian literature, Philip Teir worked as a journalist, including a stint as the editor of the culture section at Hufvudstadsbladet, Finland’s largest Swedish-language daily paper, as well as editing several anthologies. In addition to Vinterkriget, he has published a volume of poetry and a collection of short stories.