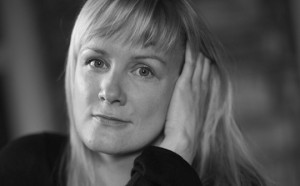 The author was hailed as a leading light of a new generation of Finnish crime authors on the publication of her first book "Kolibri", in which the police officer Anna Fekete investigates the case of a young woman who was brutally murdered during a late night run. Anna’s colleague Esko tries to torpedo her in every way possible. Although it becomes clear that they can only find the killer together, Anna is already looking into the case on her own.