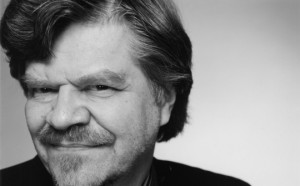 Mauri Antero Numminen (b. 1940 in Somero) is a Finnish phenomenon. Since the 1960s this provocative rebel has been known as a singer and composer, writer and columnist, comedian and filmmaker. He has experimented in all kings of musical genres, from jazz to tango and even techno. His creative output has included setting Ludwig Wittgenstein’s Tractatus Logico-Philosophicus to music. In his guise as Gommi the singing rabbit, he is also a popular figure with children. Numminen performs in German, Swedish and English as well as Finnish.

His book Baarien mies (‘The Barfly’), published in Finnish in 1986, is a study of traditional Finnish beer pubs, for which he undertook research in more than 350 pubs. His novel Tango on intohimoni (‘Tango is My Passion’) is about Virtanen, a tango-obsessed man who goes out dancing every night and lives according to the Platonic principle that men do not reach sexual maturity until the age of 35. When Virtanen falls in love shortly before his 36th birthday, however, things go seriously wrong.