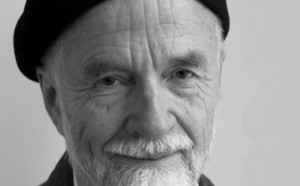 Juhani Seppovaara (b. 1947 in Helsinki) is an author, illustrator and photographer who has lived in Berlin for several years. Up to the late 1990s, he worked as a political economist until he gave up his job to dedicate himself fully to his passions of writing and photography. Since then, he has published 20 books in Finnish, three of which have been translated into German. Seppovaara’s photographs have been exhibited in Paris, Madrid, St. Petersburg and Helsinki.

Itä-Berliinin taivaan alla (‘Under the Skies of East Berlin’), a volume of stories and photos depicting East Berlin in the 1980s and originally published in 2006, was the first of his books to appear in German translation. In 2014 this was joined by German versions of his novel Elämän kortit (‘Postcards of Life’) which features text illustrated with postcards, as well as the road-trip narrative Mopolla Suomeen (‘Around Finland on a Moped’). In researching his books, Seppovaara reacquaints himself with his homeland and meets a range of fascinating characters. The text combines his personal experiences with stories collected along the way, forming a unique picture of Finland.