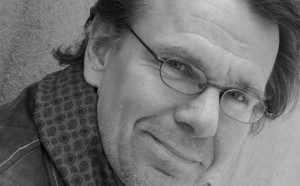 ­The books by Hannu Raittila (b. 1956 in Helsinki) often contain social satire and are marked by a fragmented narrative perspective. In many cases, they are a mix of fact and fiction, real life and stories. He published his first breakthrough novel Ei minulta mitään puutu (‘I Shall Not Want’) in 1998 and achieved immediate success. With a hefty dose of humour and social criticism, Raittila describes a summer get-together for the Lestadian religious sect. In his second novel, the Finlandia prize-winning Canal Grande (‘Canal Grande’) of 2001, a team of Finnish engineers attempt to save Venice from sinking. Terminaali (‘The Terminal’) tells of two neglected girls, best friends, whose passion for foreign countries lands them in dangerous machinations. Raittila was awarded the Runeberg literary prize for that novel.

Raittila studied subjects including political history and sociology at the University of Helsinki and wrote columns and reviews for various Finnish newspapers. In addition to novels, he has also written short stories and plays for radio and television. He lives with his wife, the author Leena Lander, near Turku.