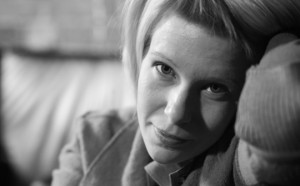 Selja Ahava (b. 1974 in Helsinki) published her first novel, Eksyneen muistikirja (‘The Diary of the Lost’) in 2010. This humane, fairy-tale-like story is about remembering and forgetting and about the power of words and the imagination. In her old age, the main character Anna looks back on her life and recalls pleasant as well as difficult times. Her memory gradually gets less reliable, but she increasingly defies the unpleasantness of her daily life with her powers of imagination.

Selja Ahava studied scriptwriting at the Theatre Academy Helsinki and has written film screenplays and radio plays as well as a TV series. She lived in London for five years and now lives with her family in Porvoo on the southern coast of Finland.